The President chaired the first meeting of the Management Council of the Samruk-Kazyna National Welfare Fund in Astana. The Development Strategy for the Samruk-Kazyna Fund until 2022, and the main directions of its activity to support the national economy and improve its competitiveness were considered at the meeting. Among the participants of the meeting were Prime Minister Karim Massimov, Head of the Presidential Administration Aslan Musin, Chairman of the Board of the Fund Umirzak Shukeyev, Head of the National Bank Grigory Marchenko, as well as Ministers and other stakeholders.

“Besides, the global crisis made adjustments to the activities of the holding. And it had to deal with non-core area of work such as the stabilization of the financial and economic situation in the country. Today it is necessary to return to the initial implementation of strategic objectives. I believe that the Fund and its enterprises and holding companies should be the main engine of our economy and active participants of the state forced industrial and innovative development program. So that is why we gathered here to discuss the role of the Fund in supporting the country’s economy and opportunities of cost increase of the companies and their economic efficiency. Given the Fund’s companies leading positions in priority sectors of the country’s economy, the issues on determination of development strategy is of great state significance. In whole, the Development Strategy for the Samruk-Kazyna Fund until 2022 has been discussed many times and I approve its main directions and priorities," Nursultan Nazarbayev said.

Chairman of the National Welfare Fund Umirzak Shukeyev delivered a report on the outcome of the Samruk-Kazyna’s operations.

“Today we give priority to the tasks related to the instable situation in the global economy. The predictable global crisis and negative trends in the global financial system are making adjustments to the tasks set for the country. It is important to continue the modernization of the system and increase their social responsibility,” the President concluded.

Following the meeting, the head of state approved the Development Strategy for the Samruk-Kazyna Fund until 2022 and gave specific instructions to ensure financial stability of the Fund and its enterprisers and holding companies. 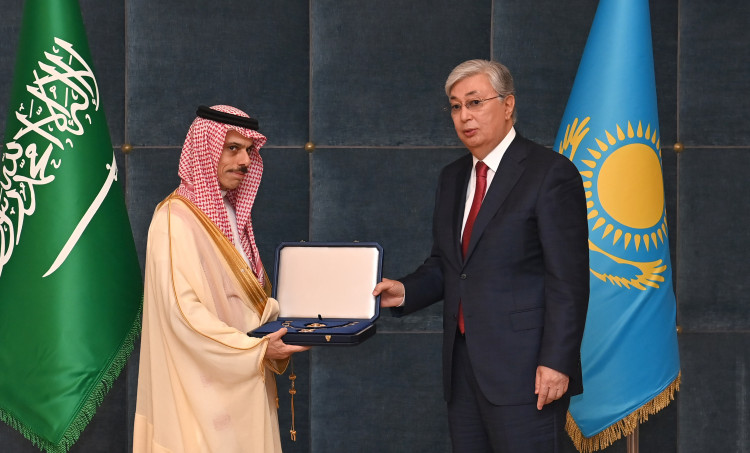