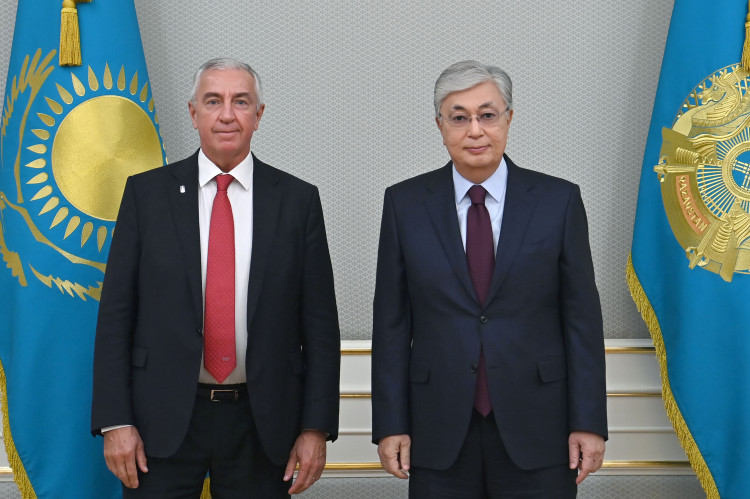 The two discussed the prospects for the development and popularization of hockey, as well as the holding of major international tournaments in our country.

The Head of State noted that there is a significant increase in the popularity of hockey in the country, and the number of children’s and youth hockey schools and youth teams is increasing. Nowadays, more than 14 thousand people are engaged in this sport.

Special attention at the meeting was paid to opportunities that our sports infrastructure have. In this vein, Kassym-Jomart Tokayev expressed Kazakhstan's readiness to host the world championship in 2027 in case Kazakhstan’s bid is supported at the voting scheduled for May 2023.

President Tokayev stressed that the International Ice Hockey Federation has never held top-level tournaments in the Asian region in its history.

The President of the International Ice Hockey Federation thanked Kassym-Jomart Tokayev for the opportunity to meet and highly appreciated the attention paid to the development of hockey in our country. He noted that Kazakhstan has all necessary infrastructure for holding top international competitions.