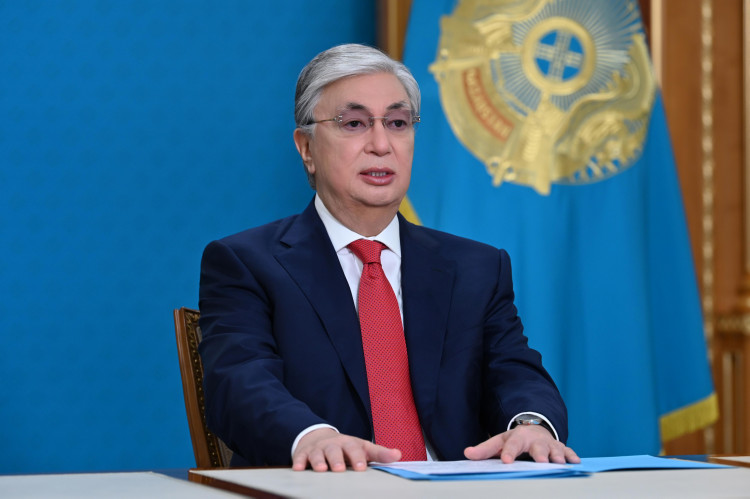 Thank you, Mr. President, for convening this important meeting.

Today, humanity continues to suffer under the impact of COVID-19. The virus has revealed just how vulnerable and unprepared the humanity is.

Though devastating in many respects, the virus does not threaten the mankind’s actual survival. It is however a wake-up call to augment our collective efforts against the truly existential threat of nuclear weapons.

The ongoing acceleration of nuclear programs in some countries, combined with a persistent terrorist menace, increase the risks of doomsday weapons.

Fortunately, we have recently witnessed some positive developments:

the Treaty on the Prohibition of Nuclear Weapons has entered into force;

the New START Treaty was extended;

and the U.S.-Russia Joint Statement on Strategic Stability was adopted.

Of course, the doctrine of Mutually Assured Destruction means nuclear powers are unlikely to surrender their arsenals soon.

Skeptics might therefore argue that our aspiration for a nuclear weapon-free world by 2045 is wishful thinking.

Kazakhstan marks this year the 30th anniversary of its decisions to close the Semipalatinsk nuclear test site and to renounce the 4th largest nuclear stockpile.

Fifteen years later, the states of Central Asia declared the region a nuclear-weapon-free zone, the first located entirely in the Northern Hemisphere.

Circumstances and strategic thinking can do change rapidly – nuclear weapons are a political choice.

I wish to reaffirm Kazakhstan’s resolve to achieve the earliest possible entry into force of the Comprehensive Nuclear-Test-Ban Treaty.

On the positive side, Kazakhstan continues to convert the benefits of renouncing nuclear weapons into human progress.

The NPT differentiates the legitimate uses of civilian  nuclear  energy  from the spread of nuclear weapons.  Nuclear power is an increasingly relevant source of low-carbon energy.

In Kazakhstan, a comprehensive feasibility study is underway on developing our own nuclear power industry.

Achieving a nuclear weapon-free world remains a policy priority of my government. Over the last thirty years, this aspiration has led Kazakhstan into the global anti-nuclear movement.

It has become part of our national identity.

We are ready to join with you to further strengthen international disarmament and non-proliferation.