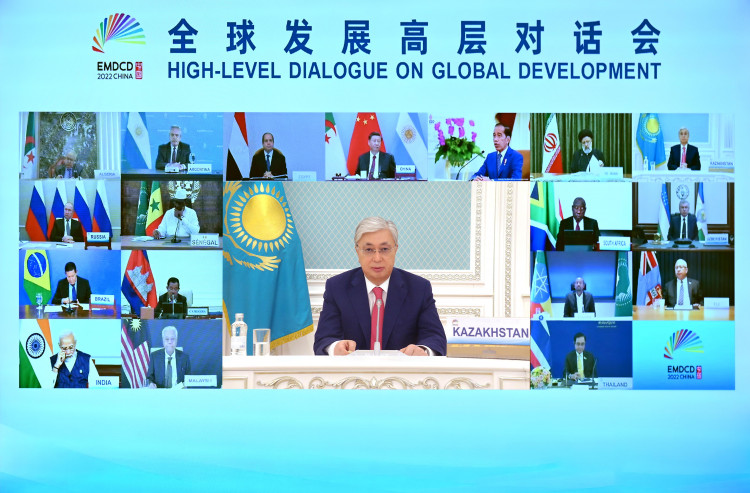 Kassym-Jomart Tokayev, at the invitation of Chinese President Xi Jinping, took part in the High-level Dialogue on Global Development, which was held in virtual format.

The 14th BRICS Summit on the theme “Foster High-quality BRICS Partnership, Usher in a New Era for Global Development” is being held under the China’s chairmanship.

Welcoming the participants of the meeting, President Tokayev expressed gratitude to Chinese President Xi Jinping for his kind invitation and hosting this important event.

“Kazakhstan regards BRICS as a truly influential organization and a key growth engine for the world economy. Kazakhstan has a vital interest in developing vibrant partnership with BRICS countries. Last year, Kazakhstan’s trade with the BRICS exceeded 45 billion US Dollars. Still, we have plenty of room for expanding this volume in the years ahead,” the President stressed. 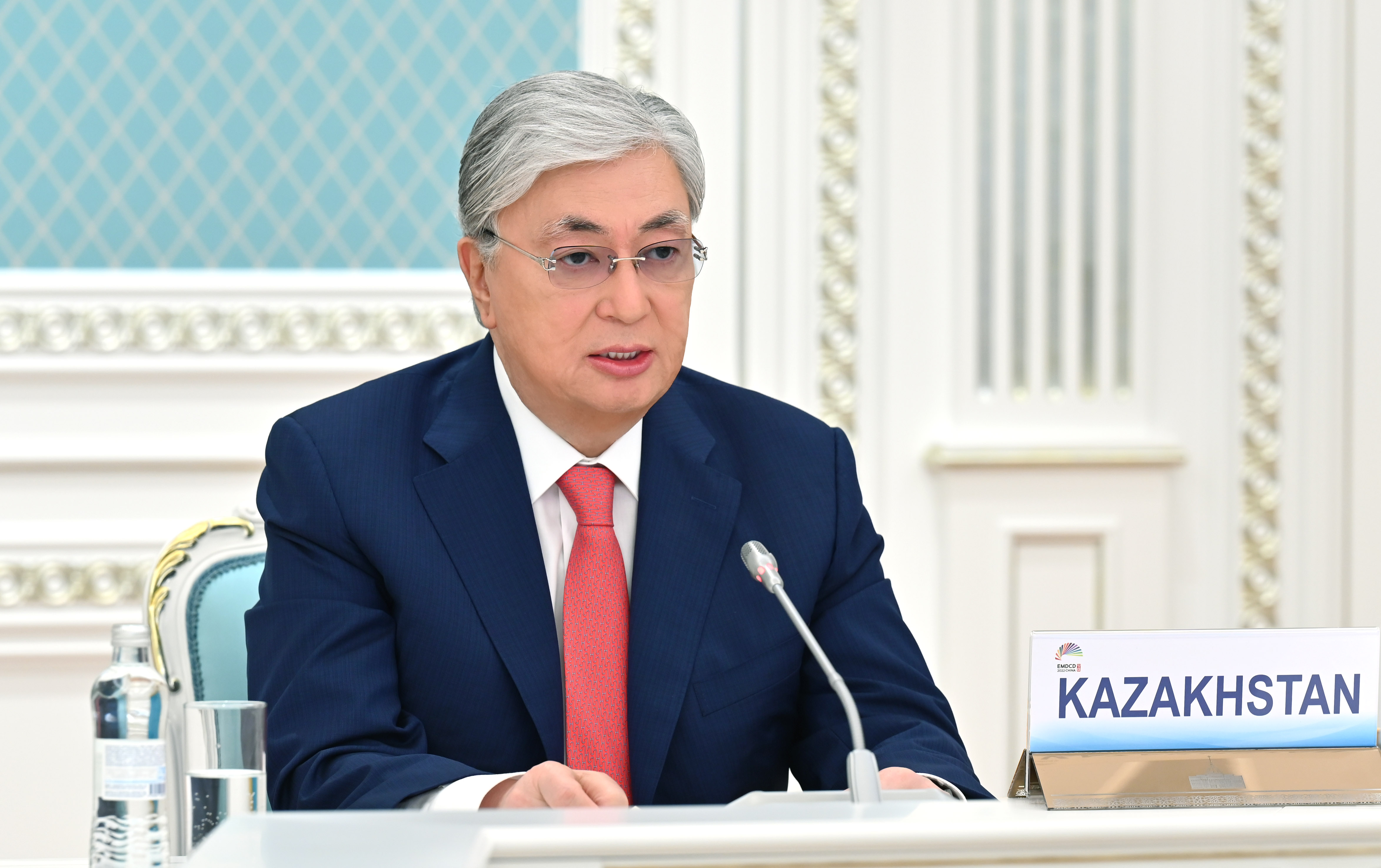 Speaking about the current global challenges, Kassym-Jomart Tokayev noted that today’s world is beset by crises and facing the unprecedented geopolitical and economic turbulence. In particular, he pointed to the worsening of the food security.

“Over the last few months, the world food situation has gone from bad to worse. Millions of lives are at stake if the global food supply chains continue to degrade. Today, three of the world's four major food producers are BRICS members, and the BRICS countries' total agricultural GDP accounts for more than half the world total,” the leader of Kazakhstan said.

The Head of State believes that resolving effectively the food crisis requires a fully coordinated international response and should include both short-term and long-term measures.

“Kazakhstan is committed to contributing to these efforts by employing its huge agricultural potential. Ensuring food security requires a well-functioning trade system for food and agriculture based on the principles of fairness and non-discrimination. In this regard, the Kazakh Chair of the just concluded 12th WTO Ministerial Conference provided new political direction to the relevant negotiations,” he said.

Kassym-Jomart Tokayev called the rapid soaring of inflation around the world another urgent task that needs to be solved. According to him, worsening financial conditions put serious pressure on highly indebted nations, businesses and families, and also leads to disruptions in global supply chains.

“Kazakhstan could contribute its fair share by playing a kind of “a buffer market” between East and West, South and North. In the long-term, we need to keep an open, fair, interconnected and resilient global economy. Here, I see a lot of potential in the “BRICS plus”, “One Belt - One Road” and the Greater Eurasian Partnership initiatives ushering a new era of growth and connectivity,” the President said.

Furthermore, Kazakhstan’s leader touched upon the climate change issue and spoke about the commitments made by our country to achieve carbon neutrality by 2060. In this regard, he announced plans to include nuclear energy in the country's energy mix and expressed commitment to collaboration with BRICS countries in the field of technical assistance and capacity building in addressing the climate change.

In his speech, President Tokayev focused on existential crisis of multilateralism and global governance, noting that international institutions remain our only tool to tackle the threats that go beyond the capabilities of any one country. He believes that new types of global partnerships should replace confrontation and zero-sum approach with a win-win dialogue. In particular, he commended the vision of the “Community of Common Destiny for Mankind”, as well as the Global Security and Global Development Initiatives put forward by Chairman Xi Jinping. 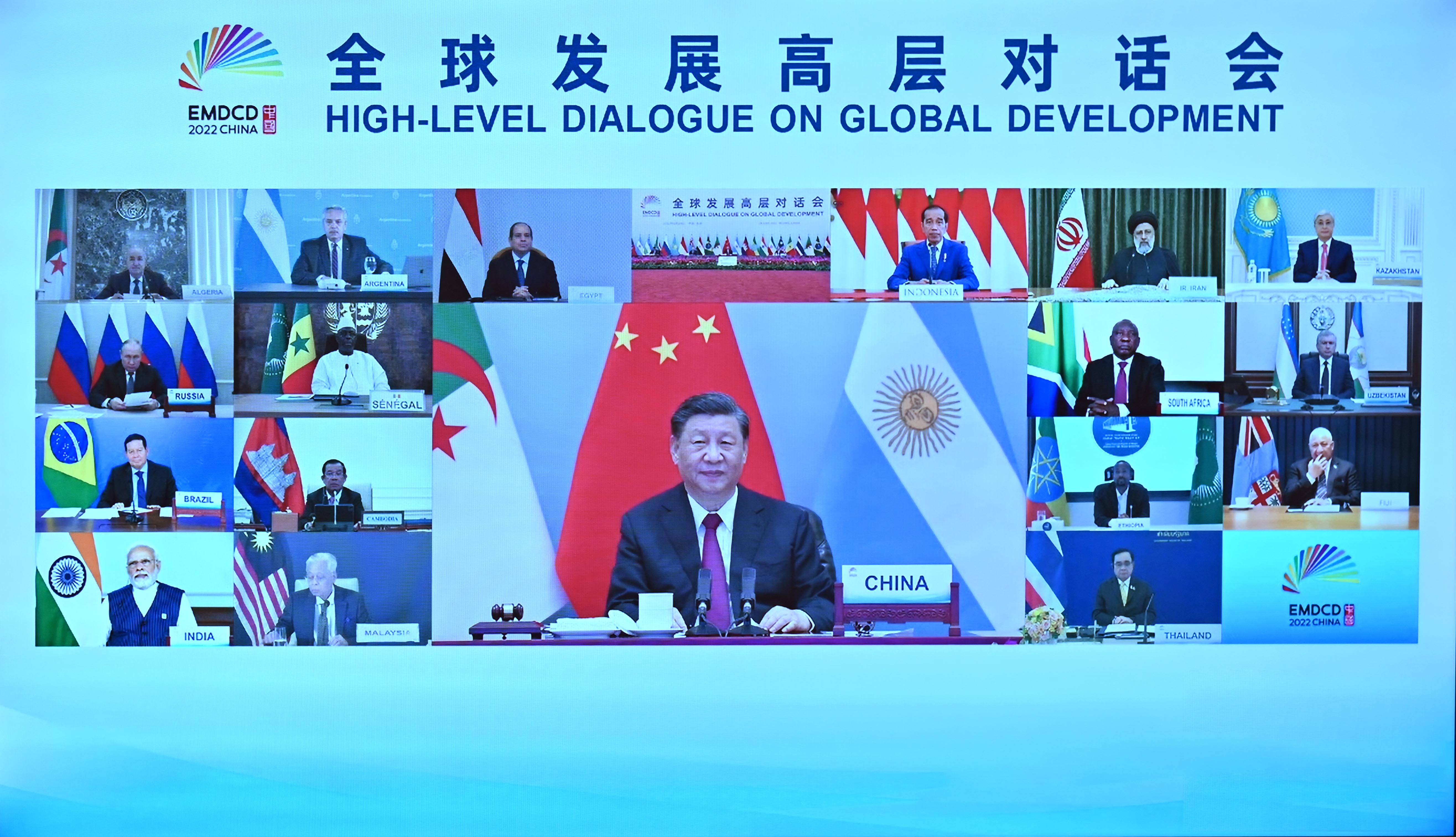 Addressing the participants of the meeting, President Tokayev pointed out the importance of achieving the Sustainable Development Goals.

“I welcome vigorous efforts by the UN Secretary-General Antonio Guterres to turbocharge the 2030 Agenda, including by convening the Summit of the Future next year. We should renew our commitment to leaving no one behind, especially women, youth, children, elders and disabled persons. The “BRICS plus” nations could contribute to narrowing the North-South gap and addressing the development imbalances,” the Head of State believes.

At the same time, Kassym-Jomart Tokayev focused on the importance of the regional cooperation towards the 2030 Agenda.

“We will continue pushing forward the idea of establishing in Almaty a UN Hub for SDGs for Central Asia and Afghanistan. We need to address the aggravating regional risks related to “water – energy – food security” nexus,” the President said.

Summing up his speech, the leader of Kazakhstan stressed that now is the time to turn this crisis into an opportunity.

“Here, all our efforts must be guided by the moral imperative – to Put People First. I am convinced the “BRICS plus” platform will make a worthy contribution to this endeavour,” Kassym-Jomart Tokayev his speech.