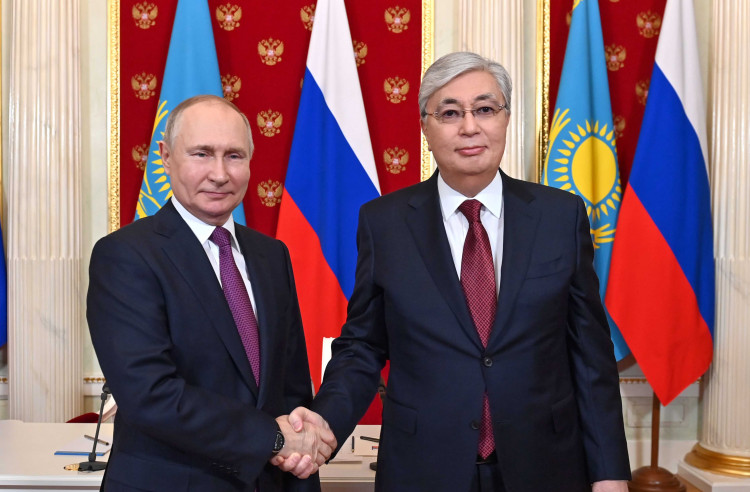 The heads of regions, industrial government agencies and business representatives of the two countries took part in the Forum.

Speaking to the Forum participants via videoconference, President Kassym-Jomart Tokayev emphasised that removing all restrictions and creating mutually beneficial conditions in trade relations is the key to proper economic growth in Kazakhstan and Russia.

"Last month we marked a significant date for our countries - the 30th anniversary of the establishment of diplomatic relations.  Over this period our countries have been able to build a mutually beneficial strategic partnership based on strong bonds of friendship and good neighbourliness. A trusting and constructive dialogue has been established between our countries, and a high level of cooperation has been achieved. We actively cooperate within international organizations and integration alliances (UN, CIS, CSTO, EEU, SCO, OSCE, and CICA), which makes a significant contribution to regional security and increases the role of Eurasia as a whole in global politics and the economy," President Tokayev said.

Kassym-Jomart Tokayev noted that economic cooperation between the countries has been growing year by year. Bilateral trade is steadily increasing, joint projects are being implemented, and the share of national currencies in mutual dealings is growing.

"Last year, the volume of trade between Kazakhstan and Russia reached a new record value of $24.5 billion. The results of the first nine months of this year show 5 percent increase in the volume of trade. The range of Kazakhstan's exports to Russia has improved, the value of which exceeds $100,000. Compared with last year, the number of commodity items increased from 640 to 1,050. Deliveries to Russian regions increased by more than 2.5 times from Almaty, and fivefold from Astana. Cross-border trade has intensified significantly. For instance, supplies to Russia from the Aktobe region increased by 48%, and by 36% from the Pavlodar region," the Head of State said. 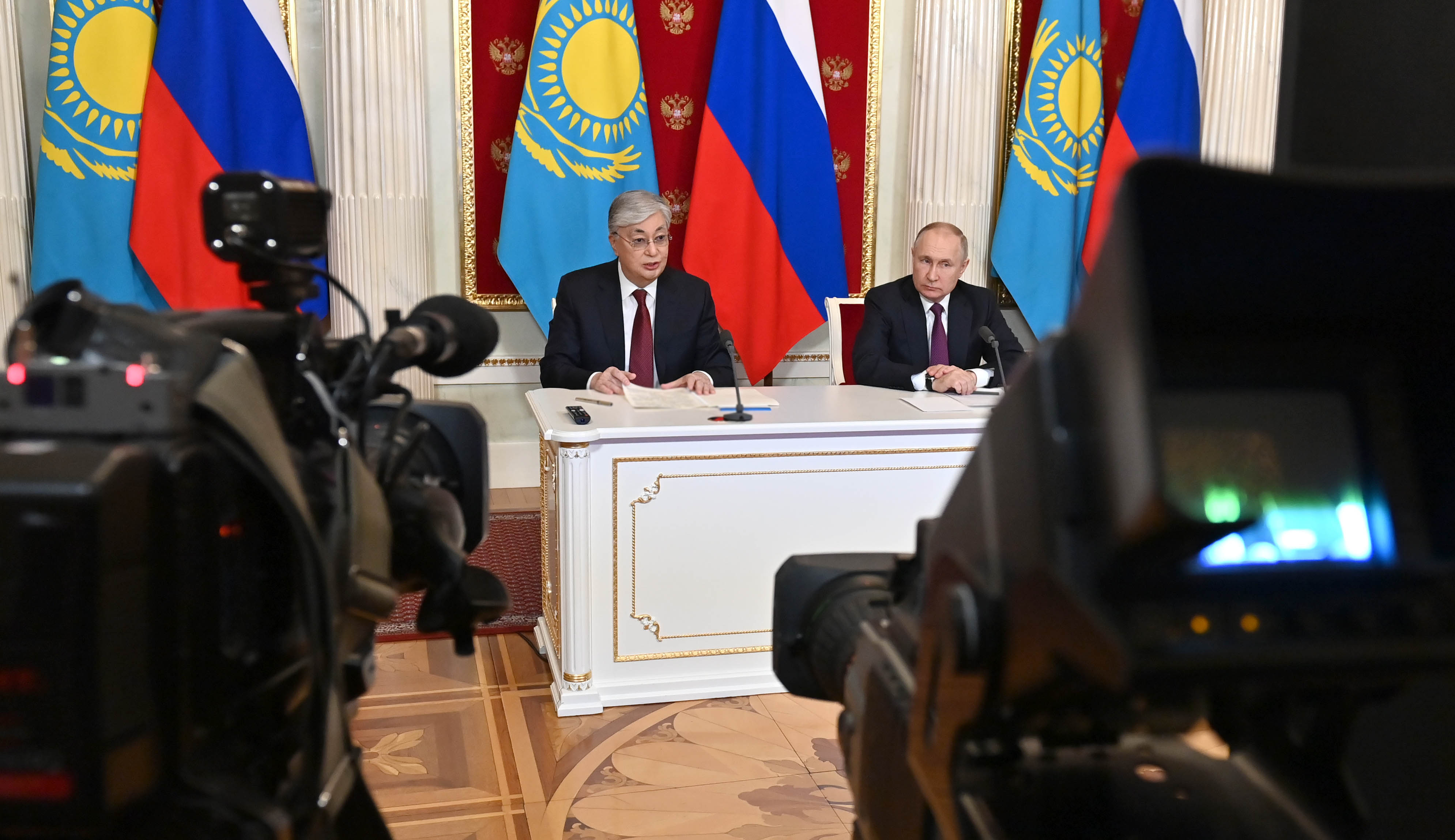 Kassym-Jomart Tokayev said that more than 17,000 companies with Russian participation and Kazakh-Russian joint ventures are successfully operating in our country.

"Russian investments in Kazakhstan continue to grow. We will do our best to ensure the security of Russian investments and attract as much as possible to our country. This further demonstrates the effective cooperation between our countries. Last year, the direct investment inflow from Russia to Kazakhstan exceeded the pre-pandemic level by more than a third, exceeding $1.9 billion. At the same time, investments from Kazakhstan to Russia also grew by 34 percent, reaching $535 million. There is also a significant potential to further strengthen trade and economic cooperation between the two countries. One of the areas we are particularly interested in is cooperative work. To date, 110 joint projects between Kazakhstan and Russia, worth a total of $23 billion, have been implemented, creating nearly 30,000 jobs," the President stressed.

President Kassym-Jomart Tokayev called for enhancing the modernisation of the supply chain. In his opinion, only timely and bold decisions can help to find new growth areas in trade and the economy as a whole. As a result, a system of trade hubs for the entire Eurasian space is being created to form a modern and efficient distribution infrastructure in the border regions of Kazakhstan. 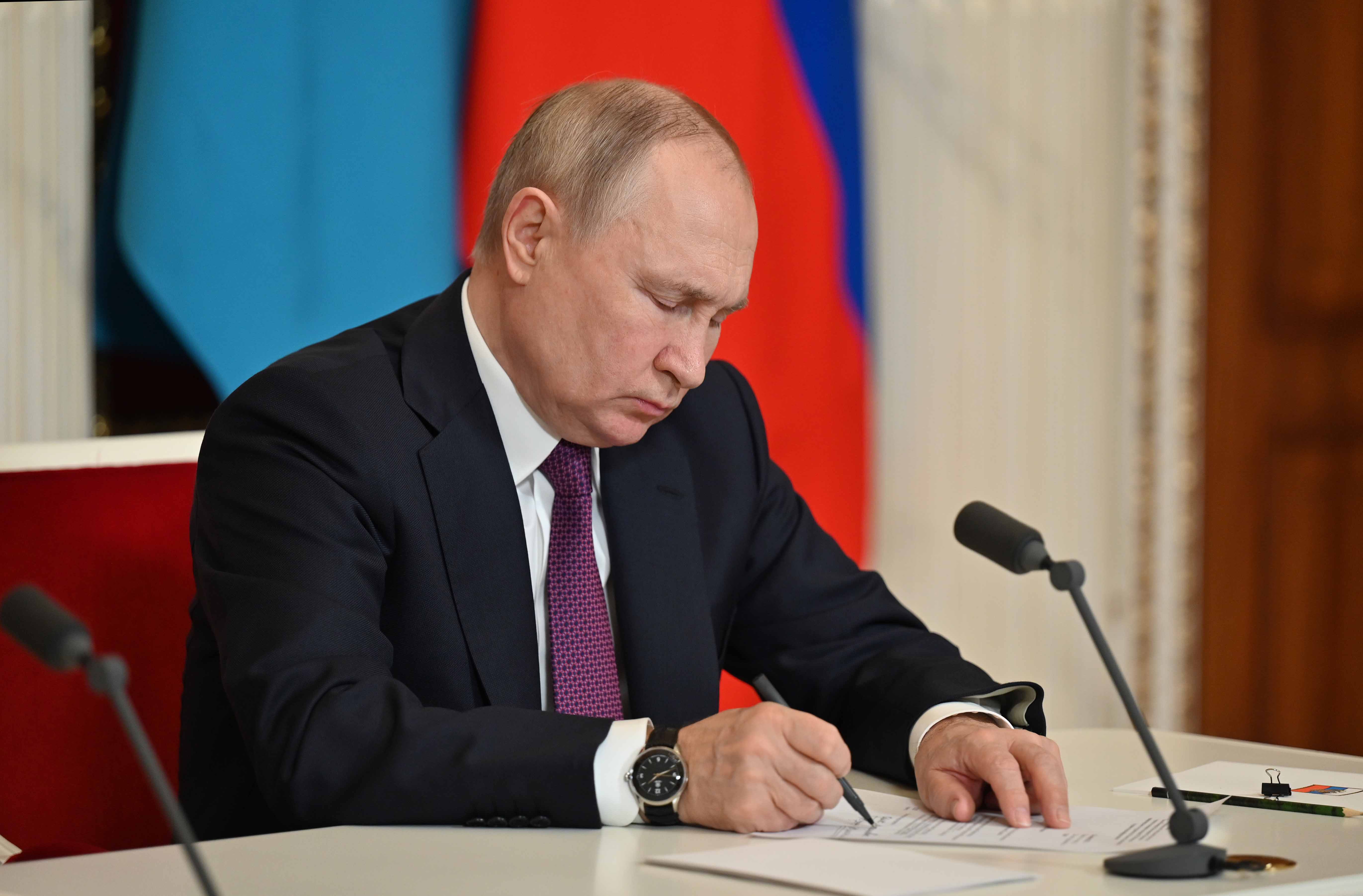 In addition, to further expand multifaceted mutually beneficial cooperation, the President proposed to focus joint efforts on the following areas.

"Firstly, the activities of the Sub-Commission on Cross-Border and Interregional Cooperation should be strengthened. One of the key tasks of the sub-commission is to coordinate and implement interregional cooperation programmes. Secondly, particular attention should be paid to improving border infrastructure, and expanding the capacity of border crossings between Kazakhstan and Russia. In our view, this work should be carried out in view of the transnational corridors being formed, including those under the Belt and Road Initiative and the North-South route, and to link these routes with the activities of the EEU. Thirdly, Kazakhstan is interested in developing stable trade and investment relations," President Tokayev said.

He named the construction of roads, the creation of logistic hubs and economic zones in the border territories of Kazakhstan and Russia as a priority, in addition to the expansion of cooperation in the production of high value-added products.