The Head of State, in his speech to the Congress delegates, focused on the role of the Amanat party in the process of cardinal reform of the state and society. The President stressed that the party provides full support to the reforms and makes a significant contribution to the implementation of the “Listening State” Concept.

“Amanat prioritizes the affirmation of the principle of social justice. An extremely important mission of our organization is to strengthen statehood and preserve the unity of the people. At the last Congress, a rebranding of the party was announced. Work has begun on its institutional modernization. The Party immediately set about fulfilling these tasks. There are concrete results, and we already see specific changes. We need to continue this work without slowing down,” President Tokayev said. 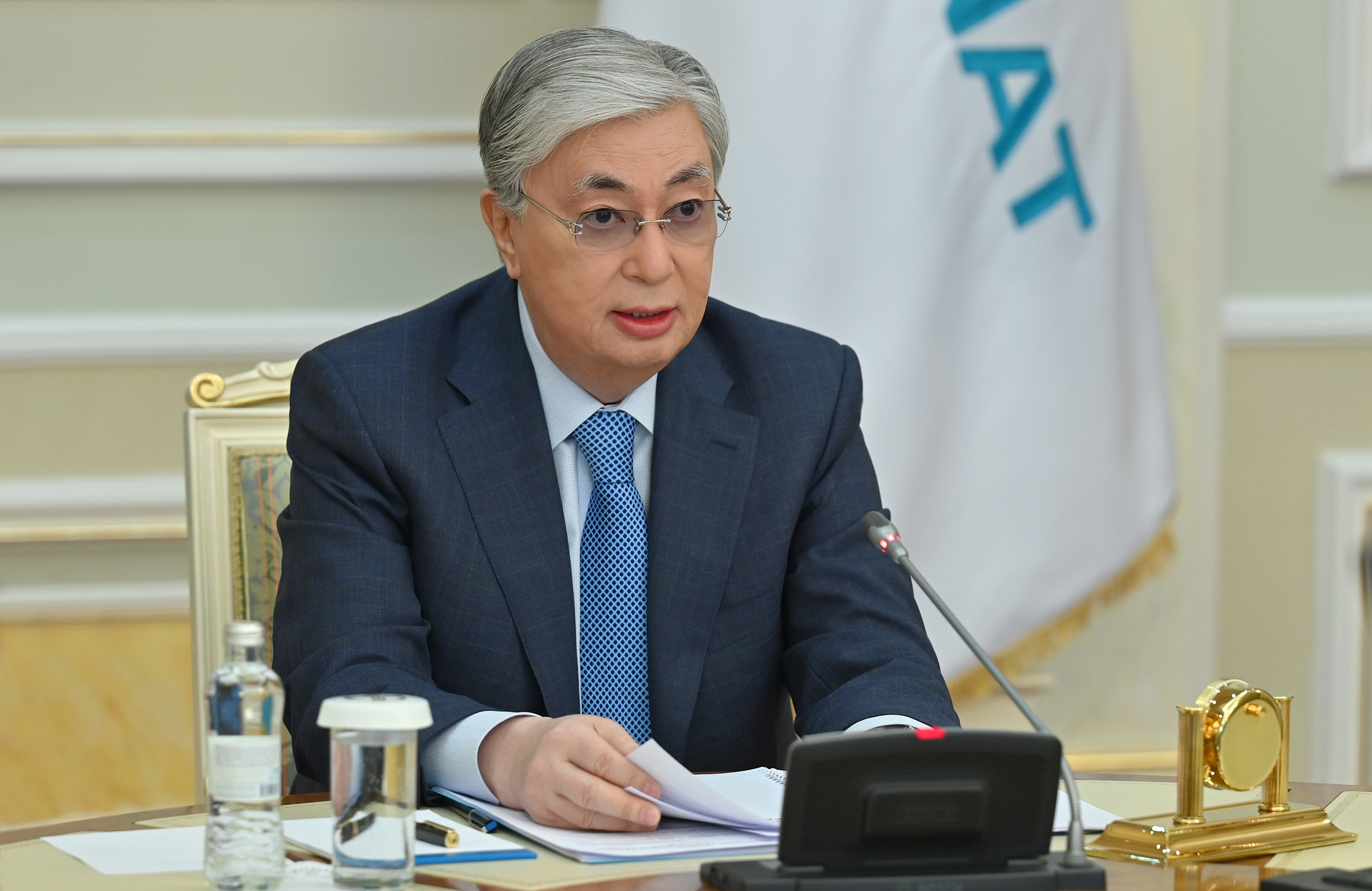 The President reminded that just over a month ago, in his State-of-the-Nation Address, he presented an ambitious programme of political reforms. The work began on preparing draft amendments to the Constitution, without which effective implementation of planned large-scale transformations is impossible.

“The purpose of the constitutional reform is to lay a solid foundation for further comprehensive political modernization of the country. Last week, the draft amendments were sent to the Constitutional Council. Their adoption will allow us to build a qualitatively new model of formation and functioning of state institutions - the New Kazakhstan. Quite often, our citizens ask: What is the New Kazakhstan about? I think we can answer this question succinctly and concisely. The New Kazakhstan is, in fact, a Just Kazakhstan. You should agree our citizens clearly lack social justice. Disregard for the interests of ordinary people happens all too often, and representatives of the state apparatus are the source of sometimes-flagrant injustice. Hence, there is a constant distrust of citizens in the institutions of power. Therefore, the Amanat Party faces a difficult task of rectifying this extremely unfavorable situation. You have to be an effective channel of engagement between the civil society and the authorities,” the Head of State stressed. 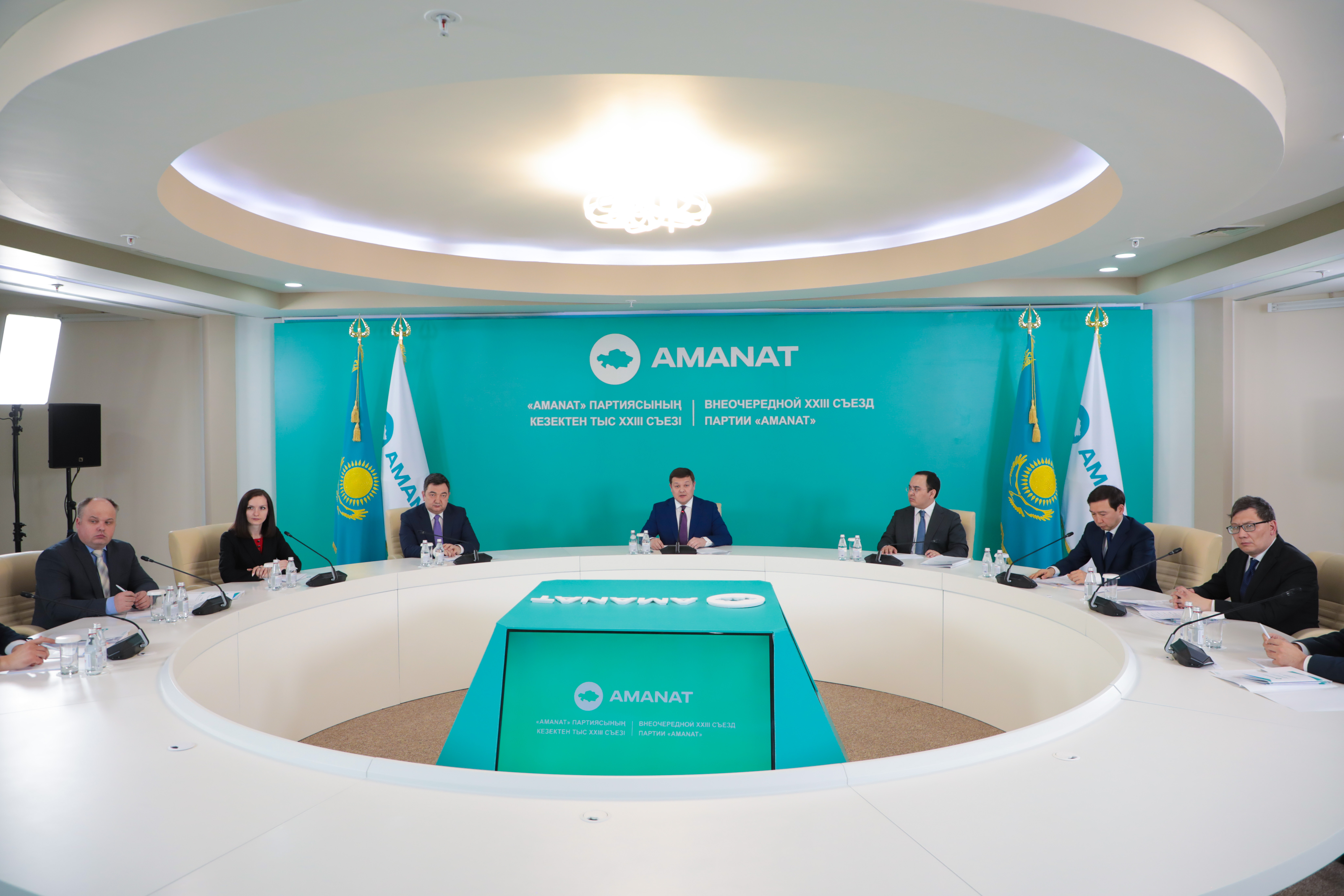 Kassym-Jomart Tokayev noted that the amendments and additions to the Constitution are aimed at a systemic reformatting of the entire political architecture of the country, building a more balanced system of checks and balances between the branches of power. This will allow finally moving away from the super-presidential form of government and strengthening the powers of the Parliament and maslikhats.

One of the priorities mentioned in the President’s speech is the modernization of the party and political sphere. He focused on liberalizing the law on parties and elections, which would strengthen the role of society in decision-making at all levels of government. He believes that competition for the votes of the electorate will become fiercer, and the dynamics and content of the political process will change.

“We can see that, in general, the party field is coming into motion. The initiative of the Adal party to merge with the Amanat party is a good indicator of the beginning of changes. I would like to take this opportunity to express my gratitude to the leaders and Adal members, who made this important decision. Building the New Kazakhstan requires solidarity and mobilization of all healthy socio-political forces. It is very important to establish a dialogue between the parties and to develop the political system. Therefore, I consider it right to support this initiative of the Adal party and to unite. Adal has a strong party core and its own base of supporters. This is especially valuable in the conditions of increasing political competition,” the President said. 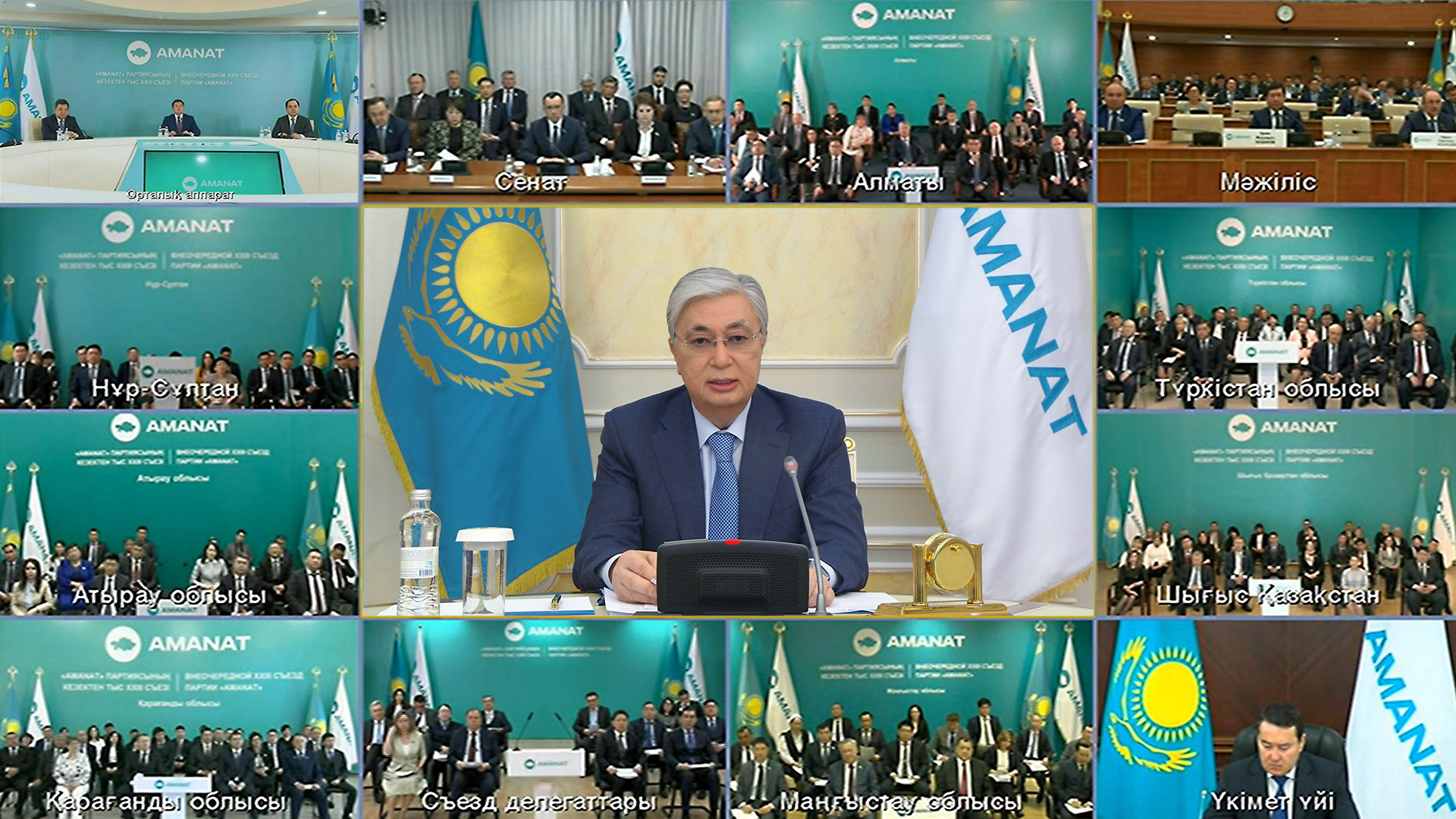 The Head of State is convinced that the constitutional reform is a new milestone in the history of our independence, dictated by the requirements of time and the needs of society.

“I have said before that I would resign from the position of the Chairman of the Party and leave its ranks. The time has come to do so. From now on, I have decided to terminate my powers as the Chairman of the Amanat and resign from the party. Undoubtedly, this step is of a symbolic nature. In this regard, I would like to thank everyone for the trust and support given to me during the presidential election. I am also grateful to you for entrusting me with the reins of the party at a crucial time. We have done a lot together. However, time does not stand still. Many things have changed. We are facing large-scale tasks. Today there is a profound demonopolization of all spheres in our country. This process must not bypass the political system. I consider it expedient that the Head of State should not give preference to any party and, in other words, be politically neutral. This is my inviolable position,” Tokayev said.

The President believes that this decision will create equal opportunities for all parties and ensure the fairness of the political system. The party's independence from the executive branch will strengthen public confidence in the party and increase its authority.

“The party now has a strong majority in the Majilis and maslikhats. This gives it an opportunity to strictly control the work of the Government and akims. I believe that with the withdrawal of the President from the ranks of the party its strategic course will not change. Undoubtedly, the Amanat party will continue to occupy a special place in the political life of the country. Preserving the continuity in politics, the party will continue its constructive work for the good of the country,” he added.

Kassym-Jomart Tokayev nominated Yerlan Koshanov, Speaker of the Majilis of the Parliament for the position of the Chairman of the Amanat party, describing him as a person possessing high organizational skills, broad experience and knowledge.

Concluding his speech, President Tokayev expressed confidence that the ongoing changes will contribute to the renewal of the Amanat party in accordance with modern realities. 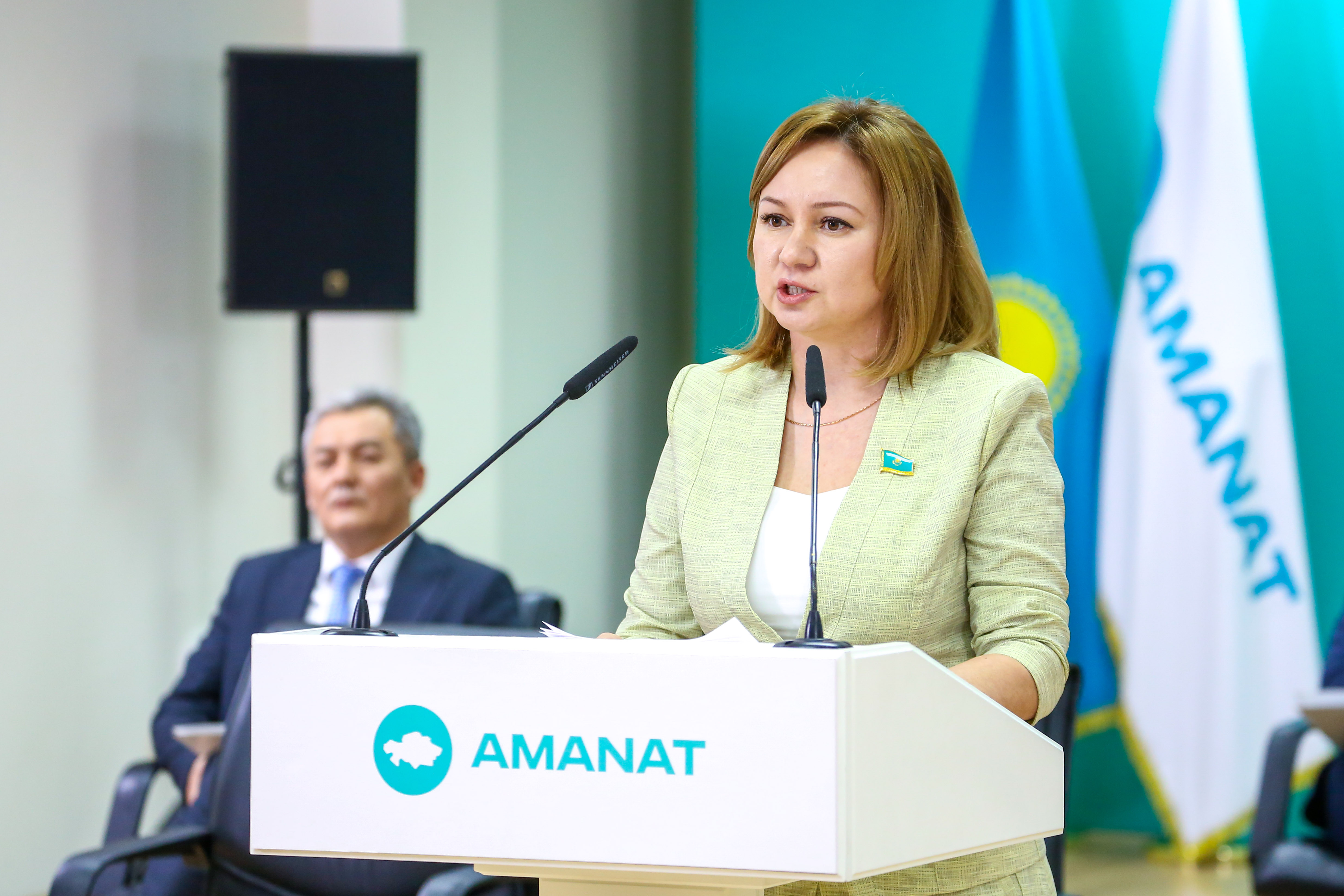 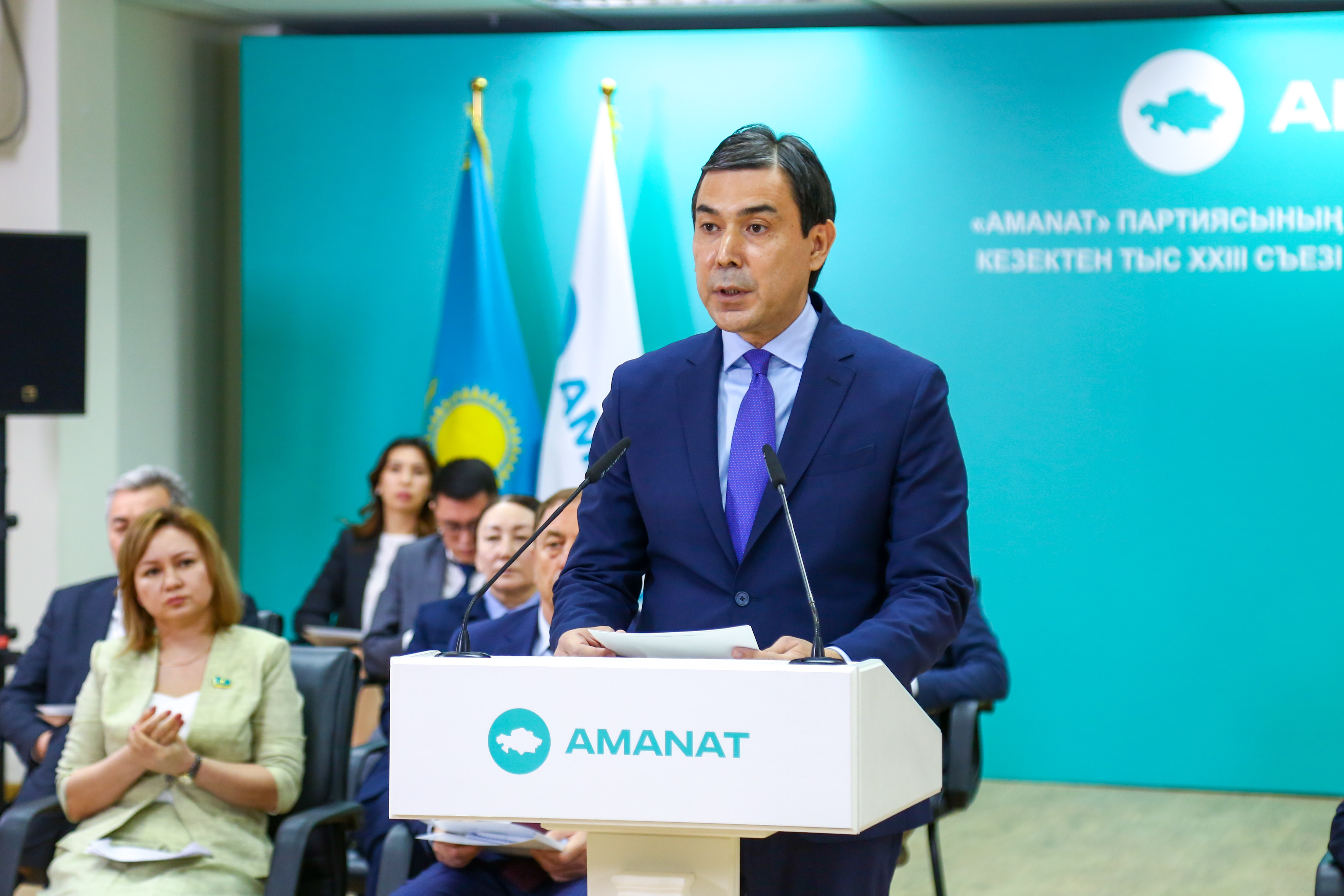 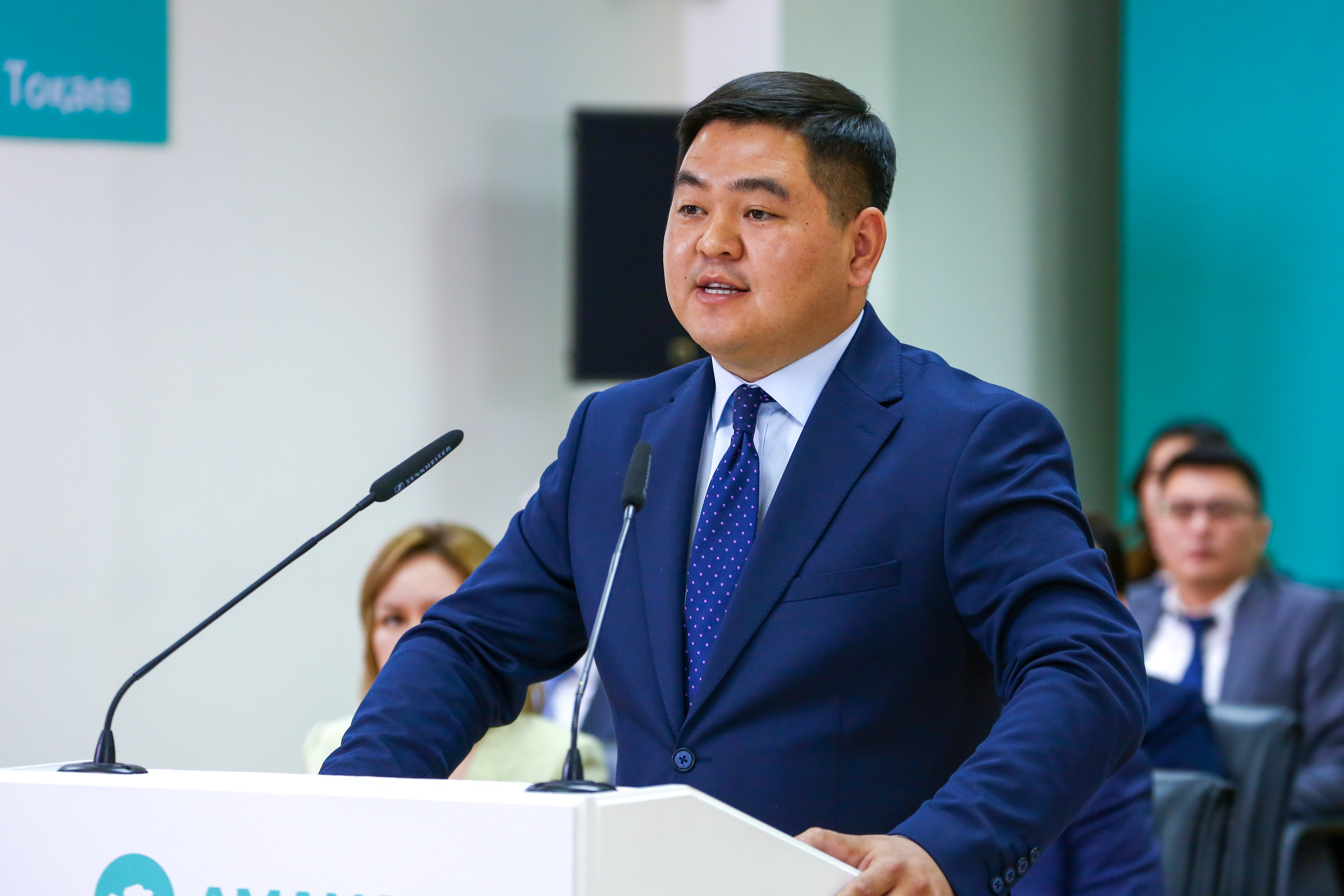 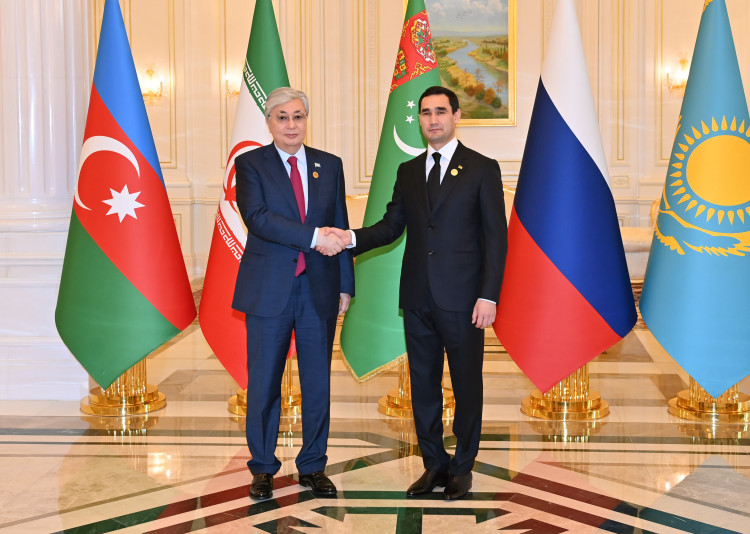